What is a Creature?

In order to understand this concept in-depth, we have to break it in multiple parts. We will study different parts and jump to the final conclusion after the overall study of it. Generally, the definition of creature says that a creature is an animal, as distinct from a human being. However, the alternate definition says, creature means a person or organization considered to be under the complete control of another. Understand this in a deeper sense. A person who is not capable of taking his own decisions or driving his own life is a creature. Hence he is equal to do the animal which is distinct from a human being. As a human, we can have thought, preference, habit.

Being human we have a huge opportunity of doing the things. These opportunities are not possible for the other animals out there. However, we ignore it and we generally don’t follow our own intuition. When we are not taking the benefit of this opportunity, we unintentionally put ourselves on the level of creatures.

What is a Habit?

Since we have our own distinct identity, we are able to think and process the information. We are also able to make decisions based on the information collected by our senses. We also apply our own experience, knowledge and analytical skills. However, when we are doing something for the first time we give proper attention. It’s because that’s the process of acquiring new information for the brain. That’s how the brain is going to to use that information for dealing with a similar task in the future.

When we perform or undergo the same set of activities in a comparatively short span of time our brain gets used to it. You will notice that if you are practising something on a regular basis then that particular task will become your habit after some days.

For example – Walking on two legs is possible for the baby but it doesn’t restrict him from trying to walk, fall down and of against standing up and trying to walk. This is his process of acquiring information, experience, skills and knowledge to learn how to walk. It is his personal process which eventually leads him to the task of balancing and walking on two legs. This becomes his habit and as he knows how to walk, he practices daily and to make that habit perpetual.

What is a Creature of Habit?

If a person is willing to change the habit he can easily do so. However, if he is afraid of change then he will be following his old routine. He will do so even if there is any scope for getting more benefits by upgrading or changing the habit.

Example of Creature of Habit

Suppose a person likes to drink tea 4 time every day. He does not feel satisfied unless and until he drinks tea 4 times a day. His affection towards drinking tea for 4 times in a day has converted into the habit. Now even if he is willing to change his habit, he is worried about the impact of consequences on his lifestyle. This is a classic example of a creature of habit.

You can also test this with yourself, if you are doing something on a regular basis such as playing your favourite musical instrument frequently then in your case you are a creature of habit. Playing an instrument is a habit for you in this case.

Understand The Force of Habit

The force of habit means the automated activity took place because of the regular practice. It is now the part of our routine in such a way that it happens subconsciously. We don’t have to do anything consciously in order to to do the tasks which have been a part of our routine. If you are practising something on a regular basis, soon you will realise that particular activity is being performed by you by force of habit and you don’t have to apply your mind anymore as compared to that of the first day when you did that task.

Let’s take the example of driving, one of my friends was very scared about driving a car because he was worried about the traffic jams and most importantly it didn’t know how to drive. It took the admission for the car driving school and he was very much nervous on the first day before going to the driving school.

When he reached motor driving school, the instructor took him on the private road and asked him to sit on the driver’s seat. He was having anxiety because he never did anything like that in his whole life. However, instructor boosted his confidence and slowly started giving him the basic idea of driving. My friend was completely focused on the instructions given by the instructor. Soon he started following it and implementing his instructions in the driving while the instructor was sitting beside him.

As we have seen, how we can put efforts and gain some habits which are beneficial for us. However, this is not always the case where you intentionally inculcate the habit in your routine. Sometimes we might gain some habits without having any intention to gain those habits. It becomes the part of our routine and when it starts to ruin the flow of our routine, it becomes necessary to change that habit. This change of habit is not an easy process but fortunately, it is not impossible too. There is a method called IER method which helps in the change of habit procedure.

Whenever you are willing to change the habit, the first crucial step is to identify the toxic habit which is ruining your routine. Because it is also affecting your life. Most of the people complain about multiple other things, they blame external factors. However, they ignore the toxic habits they have and that is the real issue. If you believe that you have or you might have any habit which is toxic in nature. Then the first process to change it is to identify such a habit.

The next step in the change of habit procedure is to break the habit that is toxic in nature. This task might look difficult but it is not that difficult in nature. You just have to start or stop the certain activity which is a part of your routine in the form of habit. The best way to break the habit is to discontinue it and immediately moving it on the next and last step.

After eliminating / breaking the habit, it will create a vacuum of time in your daily routine. This is a time where you should inculcate a new habit which you think is beneficial for your lifestyle. This will not only push your lifestyle towards the good habit but also it will help you to recover from the loss of the sense of missing the old habit which was toxic in nature.

This is how you can accomplish your change of habit mission without actually suffering from the sense of missing the old habit. This is the exact procedure and actions you have to implement in order to change the habit.

We have seen that habit is a part of our life and we learn it starts from the baby steps. Even if a human is a creature, there is a fundamental difference between human being and creature. As a human being, we have more opportunities, skills, knowledge, ability and experience. Then we saw the meaning of habit, do it means the constant practice of a particular activity which eventually converts into the subconscious activity known as a habit over the period of time.

Our subconscious mind performs that activity and we can call it as a force of habit. Sometimes we take efforts in order to inculcate any habit. However, sometimes we gain habits unintentionally. Such habits become necessary to get rid of those habits which are toxic in nature. The best way to get rid of any habit is to change the habit. We have seen three steps of changing the Habit such as identification of toxic habit. Elimination or breaking the habit and eventually replacing the habit with the positive one.

It’s your turn now, let me know your opinion about the creature of habit and what do you think about it. We all are creatures of habits but everyone has his own likes and preferences. Share your habit and  comment down below. how  your habit is helping you to grow in your life. Also, don’t forget to share the link of this article with your friends and relatives.

Professional Disclaimer : The Site cannot and does not contain medical/health advice. The medical/health information is provided for general informational and educational purposes only and is not a substitute for professional advice. Accordingly, before taking any actions based upon such information, we encourage you to consult with the appropriate professionals. We do not provide any kind of medical/health advice. THE USE OR RELIANCE OF ANY INFORMATION CONTAINED ON THE SITE IS SOLELY AT YOUR OWN RISK. This site is protected by reCAPTCHA and the Google Privacy Policy and Terms of Service apply.

Nearmonk.com is a participant in the Amazon Services LLC Associates Program, an affiliate advertising program designed to provide a means for sites to earn advertising fees by advertising and linking to Amazon.com. We may earn a small commission for our endorsement, recommendation, testimonial, and/or link to any products or services from this website.

Yashodhan Walimbe is a founder of Nearmonk and loves to write on topics such as spirituality, self-help, etc. When he is not writing, he works as a freelance digital marketer. 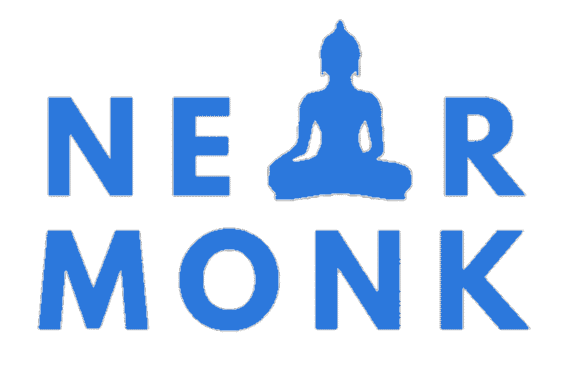 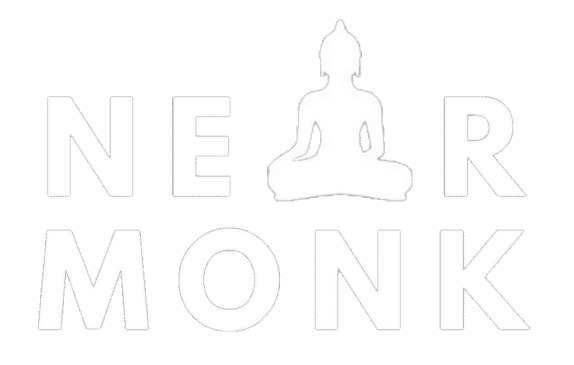 Let's explore the art of living a meaningful life.